Failure to stop / report an accident

If you have been involved in an accident and injury has been caused to another person or damage has been caused to another's property then you are obliged to stop at the seen and exchange details with the other party including your name and address and the name of the owner of the vehicle you were using if it was not your own. There is also an obligation to report the matter to the police as soon as is reasonably practicable and in any event within 24 hours.

Should you not follow the above then the penalties can be quite severe. Minor damage usually carries 5-6 penalty points and a fine but failing to stop and report a serious incident can lead to a prison sentence, disqualification of between 6-12 months or 9-10 penalty points.

The first two years of holding a drivers licence is in effect a probationary period. If during the first two years since passing your test, you receive 6 penalty points or more, your licence will be revoked. A re-test will be required to be passed before the licence can be used again. Therefore it can be imperative to receive the correct representation to try to avoid the penalty points in the first place, have a reduced number, i.e. less than six or suffer a short period of disqualification and keep a clean licence thereafter.

If you are caught using a hand held phone or other device that is used to communicate or transmit information, such as text messages or pictures, whilst driving a vehicle then you are guilty of an offence. Typically this carries a fixed penalty of 6 penalty points and a &pound60 fine. This offence is also committed whilst at traffic lights of other standstills that regularly occur. Each case depends on its own circumstances and it may be possible to argue that a person was not "driving" at the material time.

If you drive a mechanically propelled vehicle on a public road or in a public place during the period of a disqualification or before an ordered re-test has been passed, then you will be committing an offence which the courts can take seriously. The level of seriousness viewed by the court will depend upon a number of factors such as how recent the ban was imposed and whether or not there are any similar previous convictions. The court's starting point when it comes to sentence for a recently imposed ban is 12 weeks custody.

Even if someone is banned by a court in their absence and they were unaware of the disqualification, they will still be guilty of the offence. Advice is always desirable before entering a plea or attending court for any hearing. 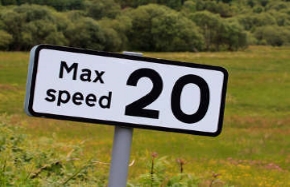